The parade highlights the bazaar of the Slocum Township Fire Company 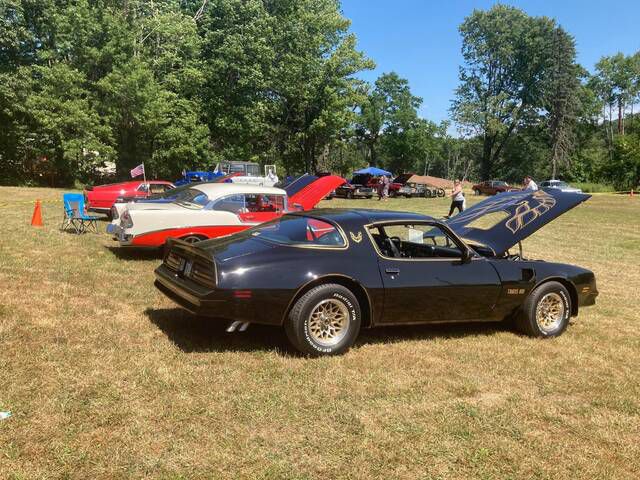 SLOCUM TWP. – With the help of some firefighter friends, the Slocum Township Fire Company marked the third and final day of their annual bazaar with a dazzling parade that delighted children and parents lined along Slocum Road.

Fire and ambulance departments from across Mountain Top and beyond, with representation as far north as an Avoca vehicle, turned on the sirens, honked their horns and closed the community bazaar with a bang on Sunday.

The parade served as something of a main event for Sunday activities at the bazaar, which began on Friday evening and continued until 10 p.m. on Sunday.

Travis Parker, 6, was thrilled for the show to begin, and equally excited about his brand new face paint design, courtesy of Roxanne of Trading Faces Face Art.

Parker, sporting a spooky, skeletal design, couldn’t pick a single part of the mess he liked the most.

When asked, he simply shrugged and said “all that”.

Certainly there was plenty to see and do for kids like Parker, and plenty of sights and sounds for adults, all over the bazaar behind the fire company.

Sunday started with a car show starting at 10 a.m., with plenty of hot rides on display for all to see. Several of the cars entered in the show would also do double duty, lining up with the first responders’ vehicles for the parade.

Inside the bazaar, some of the popular stops around the grounds included a raffle tent, jam-packed with fun prizes up for grabs for one lucky winner.

The raffle included nearly 100 donations from local businesses and individuals, and among the prizes was a bundle of tickets to the upcoming NASCAR race at Pocono Raceway.

Pony rides were available for children, along with several traditional bazaar-style games and more unique stalls, such as a dye-your-own T-shirt station.

And of course there was the make-up table, always a popular choice for kids trying to look like their favorite superhero, comic book character, or (in Parker’s case) a more ghostly figure.

At around 3 p.m. the fire engines began to arrive and line up in formation for the parade, which took the convoy of vehicles from the grounds of the fire station, onto Slocum Road where they circled around the township before returning to the field.

Several threw candy at spectators, several honked their horns in greeting, and everyone who participated brought smiles to the faces of people lining the streets to watch the parade go by.