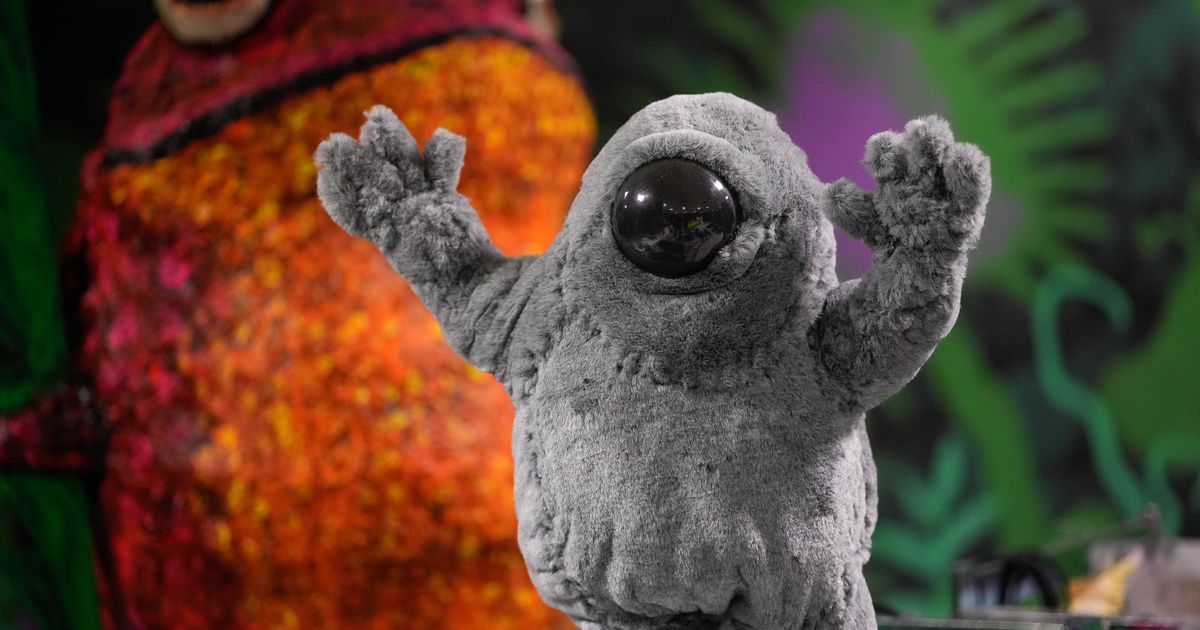 (Francisco Kjolseth | The Salt Lake Tribune) Artist Jenna Louise Rogan’s work is just one of many featured at Bizarre Bazaar, Dreamscapes’ gift shop in the old Macy’s in South Town on Wednesday April 20, 2022.

In the many rooms – spread over 35,000 square feet inside what was once a Macy’s department store in The Shops at South Town in Sandy – are a model passenger plane cockpit, alien frogs, floating fish, hatching dragons, a wall of stuffed animals, and more.

Anyone who has visited the previous two versions of Dreamscapes, in different parts of The Gateway mall in downtown Salt Lake City, will notice that a few of the ideas – and materials – have been recycled.

“Everything from the old space has been repurposed in one way or another, whether it’s been repainted, trimmed or used in other rooms,” said Suzanne Raia, director of Dreamscapes. .

Some art materials are salvaged from estate sales. The alliance works with the Salt Lake County Health Department, for example, to collect items like paint, instead of sending them to overflowing landfills. Other elements come from Clever Octopus Creative Reuse Center and ERIK’S North America, an industrial supply company. (A box of pipe fitting hardware donated by the company included rubber bands that an artist uses to build a chandelier.)

Sustainability, said Derek Dyer, Executive Director of UAA and Artistic Director of Dreamscapes, is the “very core” of their identity as an organization.

“It’s not about making money or just making pretty pictures,” Dyer said. “We are literally trying to save the world.”

Only about a third of the 100,000 square foot space that was once Macy’s is used for the exhibit that the public will pass through. Other parts of it have become a storage space, an artists’ studio area, and a “weird bazaar” to sell the work of local artists.

The former department store will also be repurposed as event space for hire and an all-night lounge. And, with the amount of space available, organizers say every room will be accessible to the ADA.

Guests will enter through a door and be guided through the interactive exhibits by a set path. The entrance will be flanked by two bazaar “merchants”, making it part of this trip – in the museum’s old tradition of exiting through the gift shop.

While past narratives of the exhibit have had visitors follow certain preconceived characters, with this Dreamscapes the visitor is the main character. Visitors will be guided through the 23 rooms of the exhibition by five non-human characters, called “Dreamers”, each representing aspects of their personality.

“What we’re trying to get across to people is to believe in their dreams and the power of their dreams, and how important that is to the rest of the world,” Dyer said.

The UAA signed its lease with South Town last November, and an opening date for the exhibit has not been set. When The Tribune visited the space recently, the creative phase was coming to an end and several artists were hard at work.

Each of the 23 rooms has a lead artist, but Raia said up to 20 different artists could contribute to a given room — contributing objects, sound or lighting. In all, there are 39 main artists, but because they reuse material from past exhibitions, there could be works from 150 to 200 artists on display, she said.

“That’s one thing that’s so amazing in collaborative art: anyone who puts a little stamp on it or whose work gets repurposed,” Raia said. “It’s like everyone feels like he’s a part of it.”

Izzy Beauchesne, 16, is one of those artists whose work is presented in several venues.

During the COVID-19 shutdown, Beauchesne said she felt lost and in the wrong place. Getting involved in Dreamscapes was “a happy accident,” she said.

Beauchesne incorporates his fascination for the human body into his work. For example, in one room, a piece of ribcage is entangled in flowers.

“There are a lot of misconceptions that death is this bad element,” she said of the piece. “Honestly, it’s something we have to embrace at the end of the day. As bad as it is, you’re going to lose someone you love and there can be something very beautiful about death.

Part of the appeal of Dreamscapes, she said, is the environment it has created for artists to flourish.

“In Utah, it’s a little harder to get your art across,” she said. “We have a really good community through Dreamscapes and the land of Utah, where we can share our art and meet other artists.”

Move to the suburbs

Moving Dreamscapes to Sandy is exciting, Dyer said, because it’s a chance to engage with a demographic — people with families — who might not have wanted to venture into downtown Salt Lake City.

The move is also a sign of a bigger problem in Salt Lake City’s artist community: rapid changes in downtown real estate.

Dyer noted that buildings that once housed art spaces in downtown Salt Lake City are being torn down or used for non-art purposes. And the artists are hunted.

For now, however, Dyer is content with Dreamscapes being “the coolest thing in Sandy.”