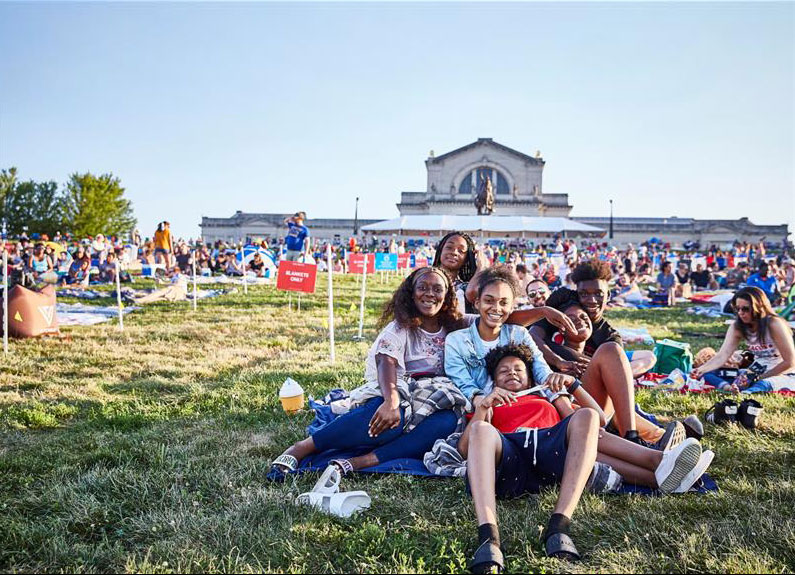 The Saint Louis Art Museum kicks off the 11th Art Hill Film Series Friday, July 8, after a two-year hiatus due to the pandemic. Each series of films presents a new theme in which the selected films fit. This year’s theme is “Game On!” and serves a double meaning: It marks the return of the event after the pandemic pushbacks and nods to the art museum’s new summer exhibition ‘Catching The Moment’, which celebrates the acquisition of more than 800 contemporary art collected by Cardinals Hall of Famer Ted L. Simmons and his wife, fine art printer and publisher Maryanne Ellison Simmons. The free movie series will also host dozens of food trucks and live music, as well as games and prizes.

“The first series of Art Hill films was in 2010 and it was really a small occasion [but] it’s become a big, well-attended event,” said Amanda Thompson Rundahl, Director of Learning and Engagement. “We are delighted to be back after two years of absence. The film series is difficult to reproduce in a virtual environment.

Starting at 6 p.m., visitors can grab a bite to eat at their favorite food trucks; then, from 7 p.m. to 8:30 p.m., there will be live music with artists based in Saint-Louis; and to top off the evening, a selected film will begin screening at 9 p.m. There will also be a cash bar under the tent on the esplanade. Centered around the Art Hill Plaza, the event will take place on July 8, 15, 22 and 29. Participants are encouraged to bring lawn chairs, picnic blankets, baskets, etc.

“[As for] the film itself, the screen is set up at the bottom of the hill,” said Thompson Rundahl. “While you’re standing on [the] Plaza looking towards the basin, the bottom of [Art Hill] becomes a natural amphitheater. People sit on the hill and [and] everyone has a great view – there are no obstructions.

The schedule is as follows:

In addition to food, music and cinema, there will also be a photo booth, as well as a prize wheel for a chance to win art museum prizes.

“What I like about Saint-Louis is that, even though it’s hot and humid in the summer, [people] get out and enjoy these wonderful amenities that we have,” said Thompson Rundahl. “I am delighted that people can get together again after the break. We like to put [the Film Series] every year, so we just want people to come out and know we’re looking forward to hosting [them].”

Sauce Magazine is a sponsor of this event.