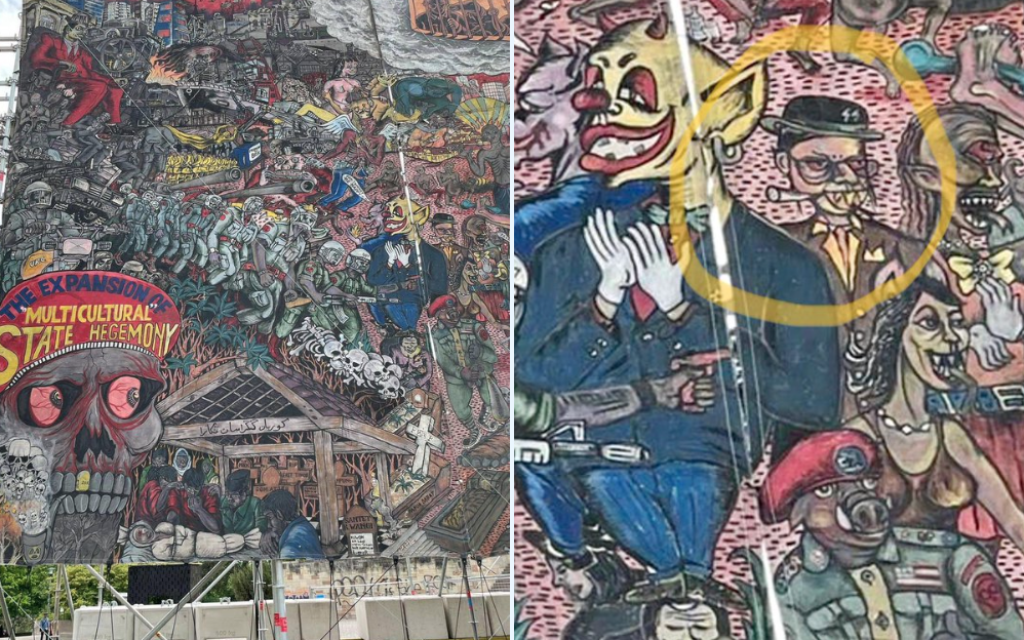 BERLIN — The head of a major art exhibition in Germany has resigned after an exhibit featuring anti-Semitic elements caused an uproar when the event opened last month.

Documenta 15’s board of directors announced on Saturday that Sabine Schormann is stepping down as general manager by mutual agreement. She also lamented what she described as “unambiguous anti-Semitic motifs” visible in one of the works shown during the opening weekend.

“The presentation of the ‘People’s Justice’ banner by the artist collective Taring Padi with its anti-Semitic imagery was a clear transgression and thus caused significant harm to Documenta,” the council said.

The banner depicted a soldier with the face of a pig, wearing a headscarf with a Star of David and a helmet inscribed with the word “Mossad”, the name of Israel’s intelligence agency. It was pulled days after widespread criticism from Jewish groups and German and Israeli officials.

Indonesia-based Taring Padi Collective has already apologized for the incident. He said the work – which he said was first exhibited at the South Australian Art Festival in Adelaide 20 years ago – was “in no way related” to the anti-Semitism, but rather referred to the post-1965 dictatorship in Indonesia.

“We are sorry that the details of this banner are misunderstood outside of their original purpose. We apologize for any injuries caused in this context,” he said last month.

Illustrative: Visitors walk past an exhibit during the preview of Documenta 15, one of the world’s largest contemporary art exhibitions, in Kassel, Germany, Wednesday, June 15, 2022. (AP Photo/ Martin Meissner)

He acknowledged that the incident followed months of debate over alleged anti-Semitism, which he and the show’s organizers had firmly rejected.

Germany’s president raised the issue of anti-Semitism during his opening speech for the show, saying there are ‘limits’ to what artists can do when tackling political issues in an atoning country the Holocaust again.

The Documenta board, which meets every four years in the central German city of Kassel, has called for a swift investigation into the incident.

The festival has also faced backlash following the inclusion of a group of Palestinian artists who are strongly critical of Israel.

An anonymous blog posted by an “Alliance against Antisemitism in Kassel” in January accused the collective The Question of Funding of having links with the Boycott, Divestment and Sanctions (BDS) movement.

BDS was labeled anti-Semitic by the German parliament in 2019 and banned from receiving federal funds. About half of Documenta’s 42 million euro ($44 million) budget comes from the public purse. 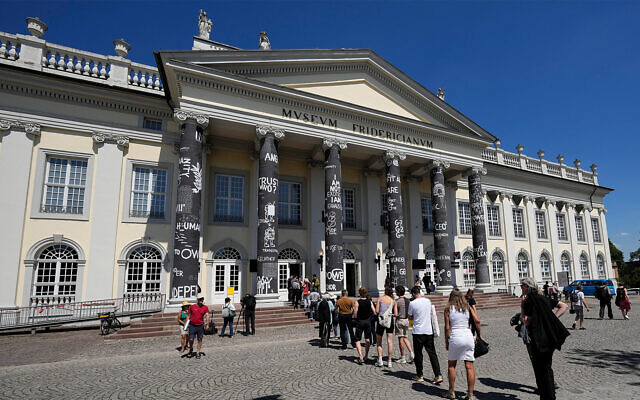 The Documenta festival began in 1955 in Kassel, which was home to a large forced labor camp during World War II and was heavily bombed by the Allies.

It aimed to put Germany back on the cultural map after the Nazis’ campaign to crush the vanguard.

Documenta now ranks with the Venice Biennale among the leading showcases of contemporary art in the world.

The exhibition will last until September 25.

Israeli cuisine is taking the world by storm. Here is your chance to participate…

The Times of Israel community is thrilled to present our new virtual cooking series, B’teavonwhere world-renowned chefs show you how to prepare classic and modern Israeli dishes.

Learn more Learn more Already a member? Log in to stop seeing this

You are a dedicated reader

We’re really glad you read X Articles from The Times of Israel over the past month.

That’s why we started The Times of Israel ten years ago – to provide discerning readers like you with must-read coverage of Israel and the Jewish world.

So now we have a request. Unlike other media, we don’t have a paywall in place. But since the journalism we do is expensive, we invite readers to whom The Times of Israel has become important to help support our work by joining The Times of Israel community.

For just $6 a month, you can help support our quality journalism while benefiting from The Times of Israel WITHOUT ADVERTISINGas well as access Exclusive content only available to members of the Times of Israel community.

Thanks,
David Horovitz, founding editor of The Times of Israel