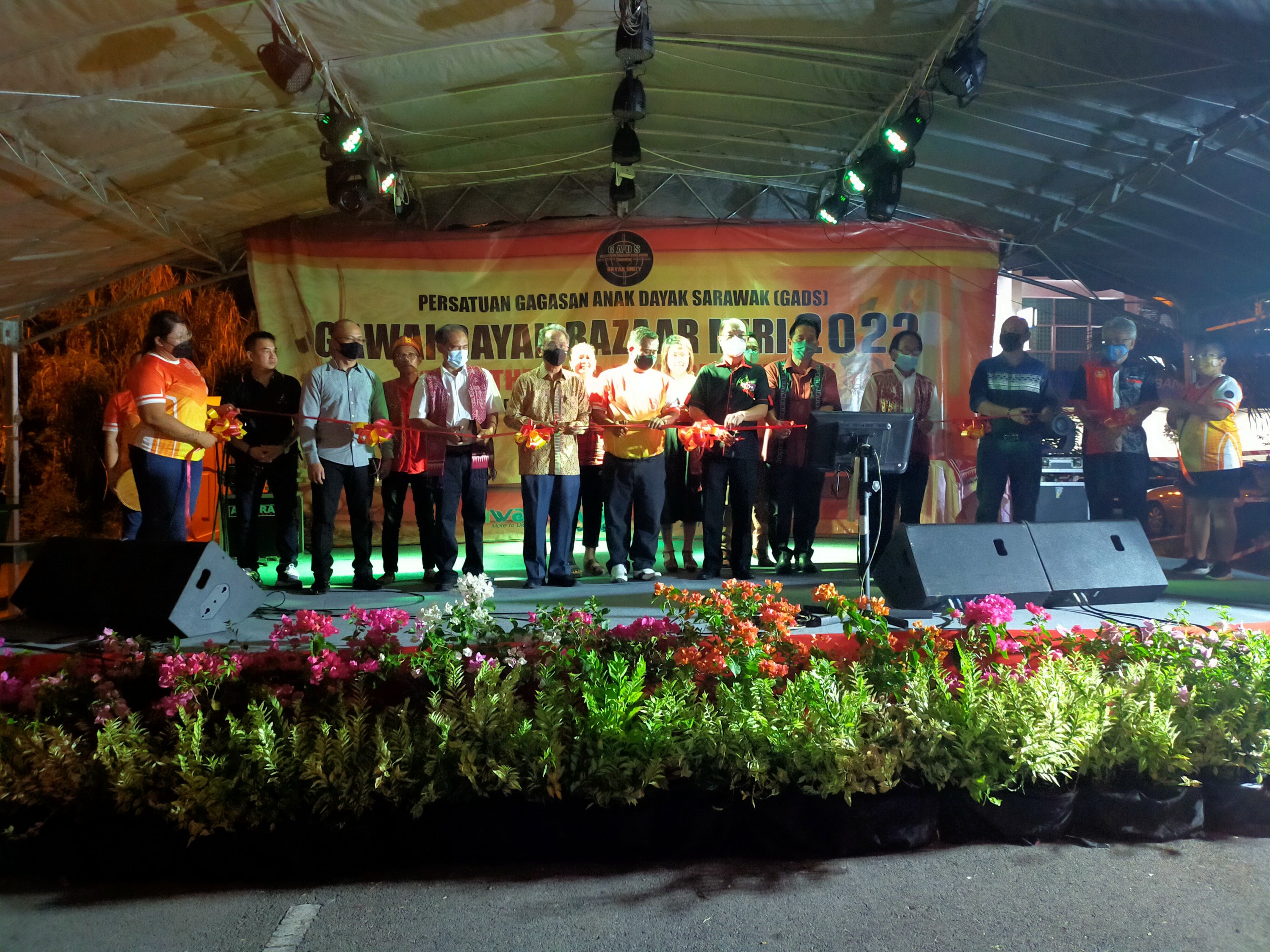 Gerawat (sixth from right) and David (seventh from right) along with other guests cut a ribbon to symbolically launch the Gawai Dayak Bazaar (GDB) 2022 in Permyjaya on Saturday evening.

MIRI (9 May): A proposal has been made for the Gawai Dayak Bazaar (GDB) in Miri to be held on a larger scale in the future, involving the participation of more Dayak ethnic groups, including the Bidayuh and the Orang Ulu.

This suggestion came from Deputy Minister of the Prime Minister’s Department and Member of Assembly Mulu Datuk Gerawat Gala, who said the involvement of other Dayak ethnic groups will further complement the GDB theme as it will showcase the cuisine and crafts of all Dayak groups.

“I suggest that this GDB be expanded by increasing the participation of other Dayak ethnicities,” he said in his speech during the official at GDB 2022 organized by Gagasan Anak Dayak Sarawak (GADS) in Permyjaya here on Saturday evening .

Gerawat said GDB is a suitable event and platform for the Dayak community to interact and inculcate community spirit, which is an important part of Sarawak’s largest race way of life and tradition.

“It is also an opportunity for the different Dayak ethnic groups to promote their traditional products such as crafts and food as well as their respective culture.

“GDB also provides small Dayak traders with the opportunity and venue to promote and showcase their businesses as well as expand their network to the public,” he added.

With this in mind, he urged all GDB participants not to stop at the bazaar, but to pursue their activities beyond, using the networking created during the GDB program.

Gerawat thanked and congratulated GADS for bringing back GDB this year, after its shutdown in 2020 and 2021 due to the Covid-19 pandemic.

He said GDB has the potential to become an attraction for local and external tourists who come to visit Miri.

Themed ‘Together for a Shared Future’, this year’s GDB saw 40 booths set up in accordance with Standard Operating Procedures (SOPs) established by the Miri City Council (MCC).

Showing his support for the scheme, Gerawat announced a Minor Rural Project (MRP) grant of RM15,000 from him for the organization of the Gawai Dayak bazaar.