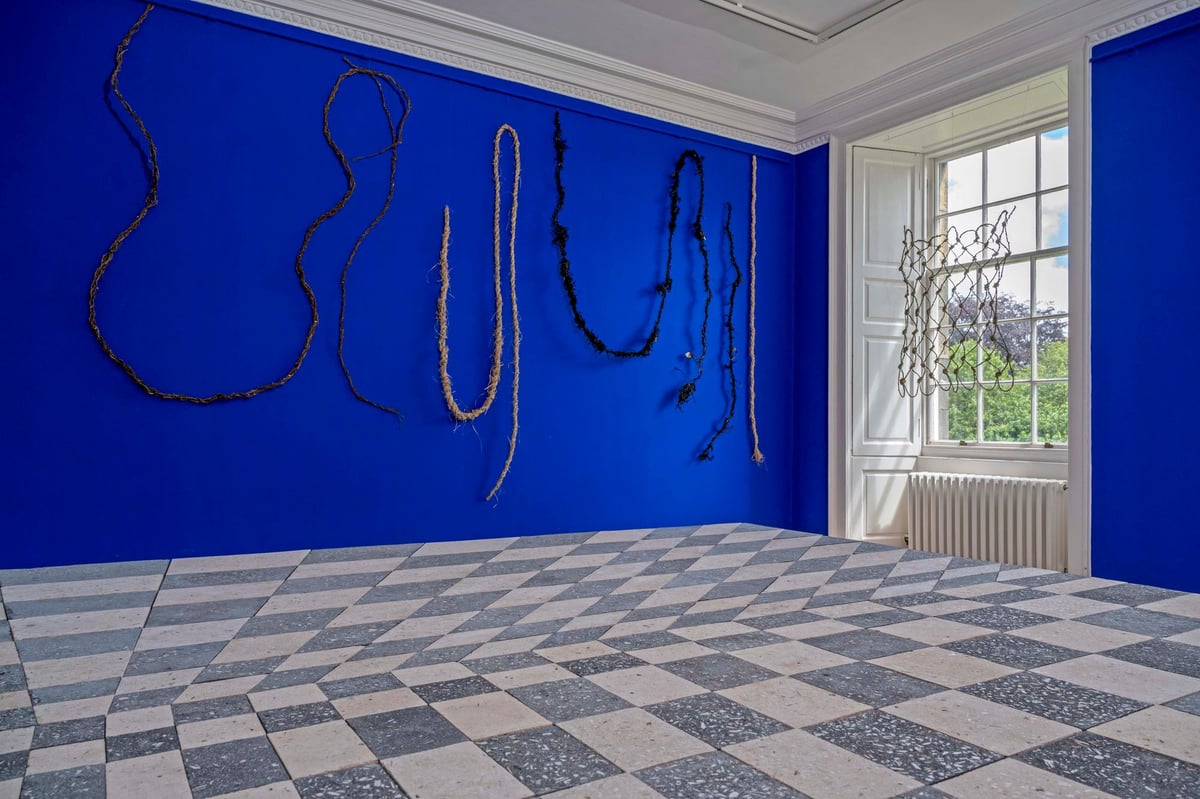 Kitchen and Sakiya sections: in the whirlpool of the stream, Climate House, Edinburgh ****

One of the dominant trends in contemporary art right now is art that is more than art. It is art as science, ecology, architecture, product design, even politics, that finds its place in the art world, in some cases more comfortably than others.

Like most members of Assemble, who won the Turner Prize in 2015, art collective Cooking Sections (Daniel Fernández Pascual and Alon Schwabe) trained as architects, and they themselves were shortlisted by Turner in 2021. They are interested in food and ecology, creating whirlwinds that are reversing, in small steps, the trend of climate change catastrophe. Their best-known project is Climavore, for Skye-based Atlas Arts, which started as an outdoor installation and has grown into a much larger campaign to inspire local alternatives to farmed salmon.

One gets the feeling that Cooking Sections’ work is outside of art galleries, but they have worked hard to create an exhibition at Climate House. Their research project with scientists from the Royal Botanic Gardens on the symbiotic relationship between wild salmon and Scottish forests is more suitable for a scientific paper than an exhibition space, but they do their best. There are mosaic panels and floor tiles made from an eco-friendly cement that uses crushed mussel and oyster shells, and ropes made from heather, seaweed and moor grass.

But where the artistic imagination takes flight the most is in oyster readings (weekends only, book ahead, grab one if you can), a sort of bivalve divination . Starting from the fact that an oyster is a book of its own history, its layers recording good and bad years, climate changes, etc., it turns into an insightful journey to what interests us most: ourselves. .

The lower floor of Climate House is devoted to Sakiya, a farm, research base and art project in the occupied territories about 7 km from Ramallah, to which the kitchen sections donated their Turner Prize. In a book called Recalling Recollection, they eloquently show how growing plants is quickly becoming a matter of land ownership, colonization, and freedom itself. The attempt to link all this to land issues in Scotland seemed too vague to be helpful; That’s enough.

The book draws from the RBGE collection of preserved samples of the 33 “weeds” thus classified by the British during their occupation of Palestine because they threatened the wheat monocultures they wanted to cultivate. These rub shoulders with postcards from Palestine in English and Arabic, proverbs and tales woven around plants, or even information on their food or medicinal uses: two radically different views of the same species.

The second room is devoted to the “sound scarecrows” used on the farm to deter or attract (depending on the time of year) wild boars. A suite of pottery plays an undulating song like a kind of Greek choir, strange and rather beautiful. I left feeling like I had learned a lot, but also experienced something of the transformational magic that could be art.

Celine Condorelli also trained as an architect and it helps to know that in the lead up to his first major investigative exhibition at the Talbot Rice Gallery. It is a performance about space, about playing with the notions of interior and exterior, and about structures – physical and metaphorical – for work, sport, play, even museums.

The first is an interior garden, referencing Brazilian modernist architect Lina Bo Bardi and Condorelli’s installation for King’s Cross in London. Then there’s a dark, enclosed space showing prints made during a long-term engagement with a Pirelli tire factory near Turin. While the project looks fascinating – especially its interventions in the production line – the prints don’t tell a story unless one reads the lengthy text that accompanies it.

The work that most resembles art is the centerpiece, After Work, a film about the construction of a playground on a south London estate by Condorelli, made with filmmaker Ben Rivers and the poet Jay Bernard. Play is a major theme of the exhibition, which includes Condorelli’s research on Dutch mid-century playground architect and designer Aldo Van Eyck, and Palle Nielsen’s 1968 experiment that transformed a museum of Stockholm in adventure land.

In the upstairs exhibition alcoves of the Playfair Gallery, once used for natural history specimens, we see some of Condorelli’s research materials: his precise architectural sketches and color experiments, glass models of 19th century sea creatures, color circles and an 18th century device. to measure the blue of the sky.

The final installation, Thinking Through Skin, is meant to be an exploration of color, specifically the intuitive color-changing abilities of squid and cuttlefish. What is on display, however, is a space of dreamy music and billowing curtains that shows objects from the University of Edinburgh’s museum collection and works by Condorelli’s collaborators (Ben River’s fascinating film Urth among them ).

If you’re expecting a solo show, it takes a while to figure out what you’re looking at. Condorelli seems to have designed the space in order to bring together this group of works, although I cannot sense a curatorial arc or conversation between them. The exhibit as a whole feels mostly architectural, awkwardly sheltering itself under the umbrella of art.

Ruth Ewan is definitely an artist, her work stands out for her interest in social justice, alternative systems and radical history. She too begins with extensive research, often producing work that is both nuanced and opinionated, but it is the first of these that is missing as she faces Andrew Carnegie, Scotsman, steel magnate, philanthropist and one of the richest men who ever lived. In a new animated film, The Beast, Carnegie is forced into a conversation with the dinosaur that bears his name – Diplodocus Carnegii – challenging him about capitalism, workers’ rights and the exploitation of the earth’s resources.

Specifically, Ewan participated in the Homestead strike at his Pittsburgh steel mill in 1892, when workers protesting a 15% wage cut were locked out and violence ensued, in which ten people died. Their names are inscribed on the wall in a kind of memorial, and there is a thoughtful display of archival items. The unrest allowed Carnegie and his partner Henry Clay Frick to end unionization at the factory, cut wages, increase working hours, and make record profits. “I got rich by working hard,” Carnegie protests. “Who is working hard? the dinosaur quickly counters.

Carnegie, who was both famous and ridiculed during his lifetime, is a kilted cartoon character, complaining that the creature addressing him is surely a product of indigestion. The dinosaur gets all the best lines, calmly reiterating that its fellows have survived some 100,000 years without “digging out the bowels of the earth to make weapons.” Who, you might ask, is the dinosaur now?

At a time when we revisit and revise our opinions of so many Victorian heroes, it is fair to point out that Carnegie was a ruthless capitalist as well as the builder of 2,500 libraries. But the balance is unfavorable to him from the start (“Your workers would have preferred a decent salary”, sneers the dinosaur). The use of animation implies simplification, as if the arguments put forward were just child’s play. But the debate needs more nuance; there are many who still benefit from Carnegie’s largesse. Normally so cautious in choosing her targets, this time it looks like Ewan has gone slightly overboard.

The Beast by Ruth Ewan