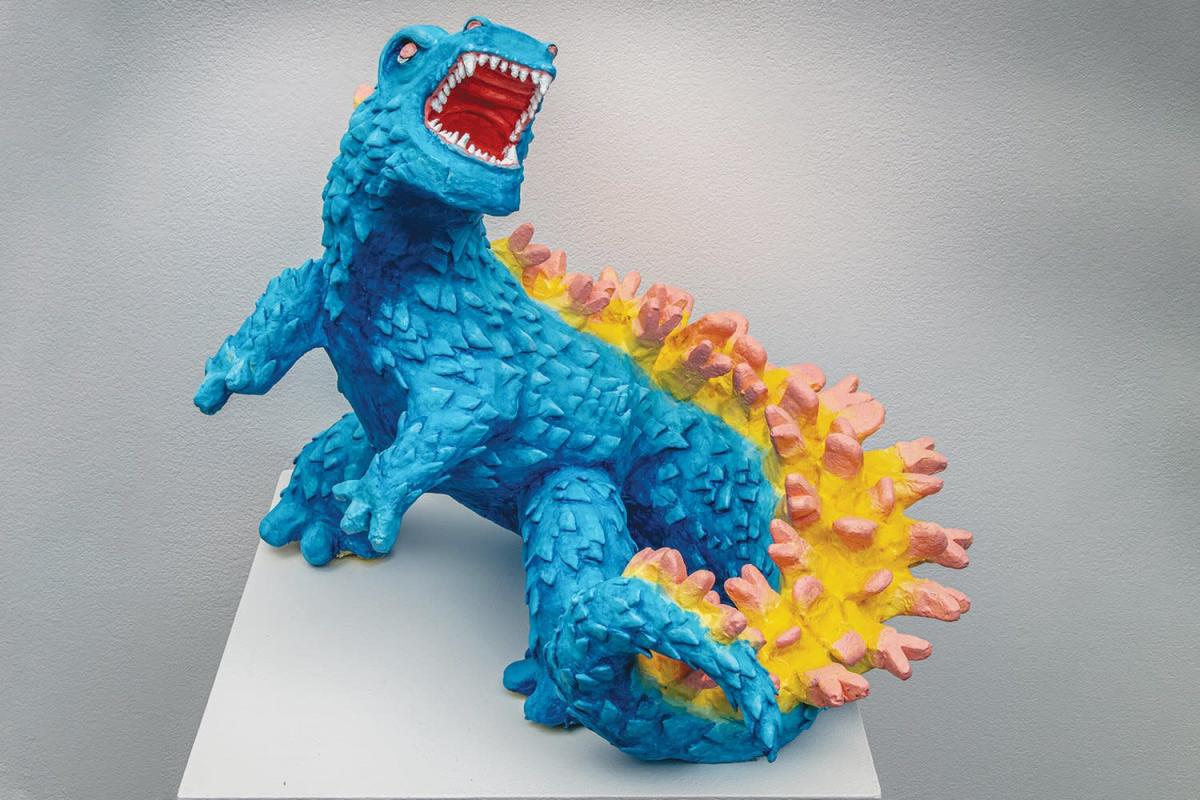 ask around Peeps – the sweet marshmallow treats that make it into many Easter baskets this time of year – and love-or-hate opinions are formed as fast as those that welcome enduring Christmas (and, some might say, equally indestructible) fruit cake.

But the reception now saluting Peeps on display at the Root Art Museum in Wisconsin is “over the moon,” says Lisa Englander, the museum’s director of guest relations. “When the groups arrive, we have to stop the children from running. They are so excited.”

What Englander thought of in 2009 was a one-of-a-kind exhibition of curated artwork incorporating or inspired by sticky candy, which in its original and most familiar forms resembles a fluffy-billed little chick or a rabbit with long ears. in neon yellow, pink, purple or blue colors.

This year 13th Annual International Peeps Art Exhibition – In sight in line, or in person through April 23 – shows 162 entries, mostly from Wisconsin and Illinois, but also from states as far apart as Massachusetts and California. Artists ranging in age from 3 to 90 submitted works including paintings, quilts, photographs and ceramics. Some are interactive; at least one is motorized.

But it’s the ones that incorporate the actual marshmallow that stand out, prompting a gentle warning note to visitors that reads, “Please don’t touch or eat the artwork.”

The inspiration for the show was as novel as the show itself.

RELATED: You can customize your own Peeps flavors for Easter this year

“I was depressed,” Englander says of the moment she pictured it. “It was during the dreary winter after the holidays, and February, March in Wisconsin is dark. And I walked into an aisle at my local drug store and saw all these kind of spring colors. And it’s there I got the idea.”

“At first I thought it was going to be outrageous, because it’s the ‘Peep Show’,” Englander added. “We had to work our words around it. So it became family.”

And while many Peep competitions and shows are held each spring (like this one promoted by The Washington Post on TikTok), Englander doesn’t know of any other that comes with a museum imprint and a curatorial selection.

This first year attracted about three dozen entries. The number displayed in subsequent years exceeded 200. Puns predominate. (“Hare-Do,” “Candy Warhol,” “Give Peeps a Chance,” and, of course, “Peeple” magazine, to name a few.)

Is there a pun Englander hasn’t seen? “Pepsa’s Leaning Tower – I’ve never seen that,” she says.

But the mind matters a lot.

“One of my favorites this year is the Barbie doll in the phone booth with Peeps all over it, and you realize it’s a tribute to Teepee Hedren in The birds, threatened by seagulls. Only this doll is attacked by Peep chicks,” says museum director Bruce W. Pepich.

“One year, we had two versions of the psychology shower scene executed at Peeps,” adds Pepich. “Hitchcock shows up pretty regularly.

When designing themes for other exhibits (the museum takes up space in a redesigned bank once robbed by John Dillinger), Pepich says he’s not afraid of humor.

“What I found wonderful about Peep’s proposal is that we are not an ivory tower,” he says, “and that makes it very clear to the public.”

Glass artist Amanda Cosgrove Paffrath, of Racine, has participated nearly every year and crafts the Golden Peeps glass awarded to selected winners in each of three categories: adults, youth “peeps” and family/group/organization.

“It kind of takes away the goofy aspect of the art,” she says. “It’s a fun and whimsical way to get people like me, who are working artists, to work outside of our normal realm. And I think for other people, it gives them the opportunity to play with an item you might buy at Walgreens and turn it into something that goes on display in a world-class museum.”

RELATED: Baltimore Museum of Art Asks Security Guards to Host Their Own Exhibit

Danny Ferron, 51, is a film and television actor and special effects makeup artist in Delaware Water Gap, Penn., who describes himself as a “Peeps artist extraordinaire.” He says being chosen as a first-time exhibitor this year has legitimized his passion for photographing Peeps in cellphone dioramas among those who, he admits, look skeptically on his pursuit. His entry, “Peeps in a Tub,” placed them in a soap dish which he filled with bubbles made from whipped cream, or maybe shaving cream (he can’t remember which),” and two little rubber duckies with the felt napkins.”

“Especially during the pandemic, it’s become my therapy,” Ferron says.

Why photography? “Because photographs don’t go soft,” he says, “and they don’t melt.”

Says Englander: “There are people who work with Peeps as a medium outside of the show. I didn’t know about that. It’s all a cult thing.”

The call for applications goes out each fall, with submissions due March 31; about 90 percent are walk-in.

“We don’t take everything. We can’t,” says Englander.

Size Matters; one rejected piece was over 4 feet long.

And apart from horror films, other themes emerge. In 2016, Trump portraits — “some were pro and some were dumb” — were a thing.

“It was really good,” says Englander.

Tributes to Ukraine have made an appearance this year.

It’s a matter of consequence that food is banned as an element of displays – which only begs the question, what is a Peep anyway, other than a creative building element?

Englander does not eat them. Paffrath, the glass artist either.

“I’m not a huge marshmallow fan,” says Paffrath. “But I buy them every year for my kids’ Easter baskets and the kids love them.”

“I’m more of a chocolate eater than a marshmallow eater,” she adds. “But I’m not a hater.”

Major Morris Art Exhibition: “As He Saw It”