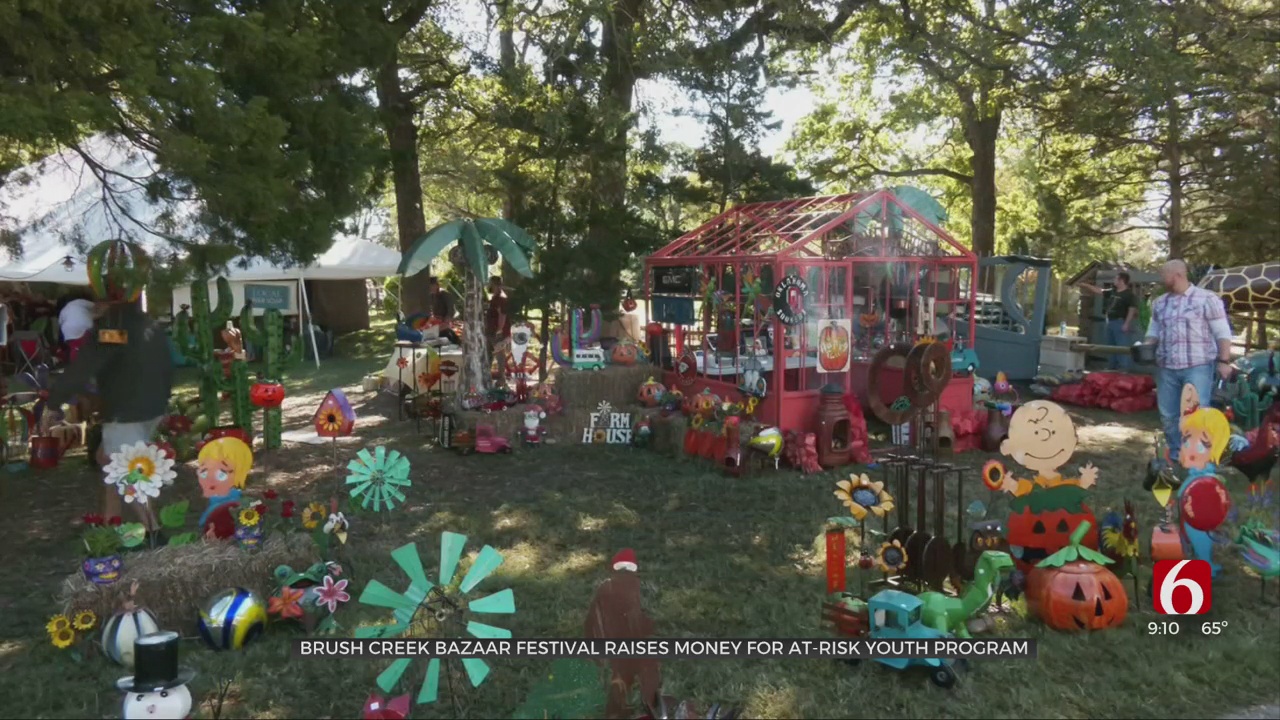 The money from the festival will benefit a program for at-risk youth.

“As much as I didn’t want to admit it, I needed a program like this. Because it really helped me,” Nick Thur said.

Nick Thur is a student of the Teen Challenge Program, a program to help young people with drug addiction and other life control issues.

He says that before joining the program he was addicted to tobacco and alcohol. But after nine months in the program, he’s sober and has a better outlook on life.

“Outside of here, I thought I would never have finished high school. Now that I’m here, I also have the chance to go to university,” Thur said.

The one-year program is not free.

This is why Lowland Breaux, the program coordinator, said that an event like the Brush Creek Bazaar is so important.

“Basically, without the support of this community, this program is not possible for a lot of our students,” said Breaux.

He said 50% of the students in the program received a needs-based scholarship.

Money raised at the festival this weekend will go to this scholarship fund so that other students can participate in the program.

“If I hadn’t come here, if I hadn’t taken the program, this year that I spent here would have turned into two years, three years, four, of me doing stupid things that I didn’t. shouldn’t have been And eventually I would probably end up in jail or dead, ”Thur said.

Either way, he said he was grateful he got a second chance.