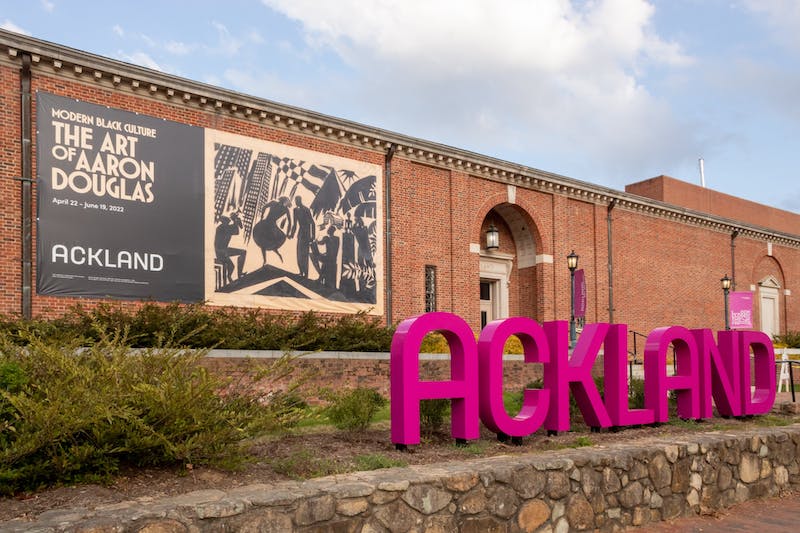 Visitors to the Ackland Museum of Art will soon have the chance to experience a new exhibit featuring the works of Harlem Renaissance artist Aaron Douglas.

Starting Friday, the exhibit, titled “Modern Black Culture: The Art of Aaron Douglas,” will include various works by the artist and will be open to the public through June 19.

“Remarkable in its style”

Douglas was a particularly influential artist during the Harlem Renaissance of the 1920s and 1930s. His work visualizes ideas of Pan-Africanism, particularly those of black achievement and creativity, according to Ackland’s website.

“I think one of the things that interests me about Aaron Douglas’ work is how he understands modern black culture as sort of a culmination of different artistic traditions from black communities around the world,” said John Bowles, associate professor of African American art at UNC and curator of the exhibit, said.

One of the ideas behind the exhibit, Bowles said, is to help the community connect Douglas’ works to North Carolina. All exhibits are from North Carolina collections.

“It’s a good opportunity for us to reflect on how a black artist living and working in New York City might have had an impact here in North Carolina a century ago,” Bowles said.

Bowles said a section of the exhibit will explain how Douglas’s art reached North Carolina. He has created pieces for several state colleges, including UNC.

Allison Portnow Lathrop, public programs manager at Ackland, encouraged UNC students and the greater Chapel Hill community to stop by to check out the exhibit.

“Aaron Douglas’ works, they look really cool like when you just see them digitally, but I’m really excited to be able to see them in person,” Portnow Lathrop said.

The exhibition will include poetry, murals, jackets, paintings and drawings.

Some pieces in the exhibit come from UNC Libraries’ own collection of original books for which Douglas illustrated or designed dust jackets, said Emily Kader, associate curator of the rare book collection at Wilson Special Collections Library.

“I think all of Aaron Douglas’ work is kind of remarkable in his style,” Kader said. “It’s so recognizable and the Harlem Renaissance is one of my favorite literary periods.”

The Ackland will host several public programs related to the Modern Black Culture exhibition. The first event is a curator’s tour led by Bowles on Friday.

There will also be a mural walk on May 21 led by artist Kiara Sanders. She will talk about her African American Trailblazers mural and how Douglas’ work has influenced her own work.

“He had these very bright, colorful, fantastical paintings that referenced both black culture at the time, but also different parts of that history,” Sanders said.

“The last few years, after the pandemic, after the protests, after the murder of George Floyd and everything – it seriously seems to me that there’s like a renaissance in art, especially among black artists,” he said. she declared. “And so one of the main people that came to mind when I was trying to look for inspiration on where to take (my mural) was Aaron Douglas.”

Portnow Lathrop said she was delighted with the performances of “God’s Trombones”.

On the last day of the show, June 19, the Ackland will host a June 19 celebration. Juneteenth is a federal holiday that commemorates the emancipation of slaves in the United States.

Ackland’s Juneteenth event will include several family-oriented activities, such as an interactive tour, story time and graffiti wall, but Portnow Lathrop said people of all ages are encouraged to attend.

The event will be linked to the town of Chapel Hill’s June 19 celebration, she said.

Bowles said he thought the exhibit would be a good opportunity to examine the rich complexity of American history and culture.

“I think modern black culture for Douglas is the embodiment of American culture,” Bowles said. “It’s the most American of American art forms.”

For more information, including the calendar of events Click here.

To get the day’s news and headlines delivered to your inbox every morning, sign up for our email newsletters.